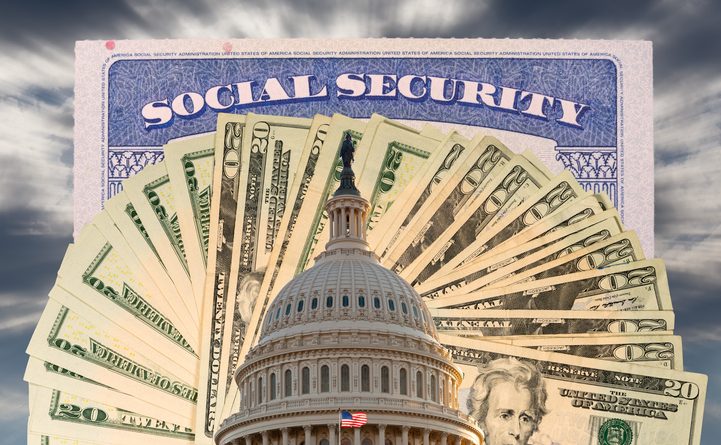 May 3, 2022 – For many years, the Ohio Public Employees Retirement System has supported efforts in Congress to update Social Security’s rules on the Windfall Elimination Provision and the Government Pension Offset.

Both provisions can have a negative effect on our members because, in many cases, they reduce the Social Security benefit for those who have worked in both the private and public sectors.

OPERS expressed support for two pieces of federal legislation that would reform the Windfall Elimination Provision, or WEP, and provide a measure of relief for our members and retirees who have been impacted by the offset.

The bills were most-recently reintroduced late last year, and because of the impending retirement of one of the sponsors, this may be the best opportunity to reach a compromise for a bill to move forward in the near future.

The two similar bills, the Public Servants Protection and Fairness Act of 2021 and the Equal Treatment of Public Servants Act of 2021, are sponsored by Chairman Richard Neal, D-Mass., and Ranking Member of the House Ways and Means Committee, Kevin Brady, R-Texas, who has announced that he will not run for re-election when his term expires this year.

Chairman Neal’s bill changes the way Social Security benefits are calculated so that non-covered earnings are taken into account, but it also specifies that no worker will be worse off as a result of that change – if a worker would be better off retiring under the current law, they would receive that treatment. Neal’s bill also provides for monthly $150 relief payments to retirees who already have been impacted by the offset.

Here is a summary of Neal’s bill.

Similarly, Brady’s bill would replace the WEP with an adjusted formula that backers say would more accurately define a worker’s time spent in the public sector vs. the private sector. It also would provide a $100 monthly rebate as well as $50 for surviving spouses.

Neal and Brady have for years introduced legislation designed to alter the WEP formula, and in the past they’ve co-sponsored WEP legislation. That’s not the case with their two current bills. One of the main differences is how they handle grandfathering. Brady’s bill would hold harmless current workers above age 16, while grandfathering in Neal’s bill, as stated above, would include all current workers.

Nevertheless, we support both bills because we believe they offer a workable solution to a problem that harms more of our members every day.

To be clear, OPERS’ support for these two bills does not necessarily mean we are opposed to full repeal of the provision. As we press for a solution to the WEP, whether reform or repeal, we must consider its chances for success as well as any unintended consequences that might result.

The cost and perceived inequity of WEP repeal have prevented that option from gaining any real traction in the decades since the offset was enacted, and have led some to suggest that the better solution would be to mandate Social Security coverage for all public workers. OPERS has opposed mandatory Social Security coverage for many years because of the assured fiscal impact to our system and resulting significant benefit reductions.

We encourage you to read Rep. Brady’s and Rep. Neal’s bills and then contact your member of Congress — both representatives and senators — to share your stories regarding how you have been, or will be, impacted by the WEP. Ask them to work diligently on a bipartisan solution that not only addresses the inequities associated with the provision, but that also can be enacted into law.