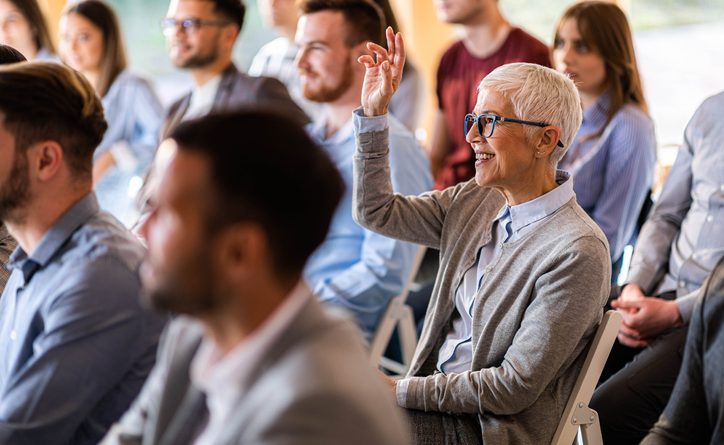 This month: Learn about administrative costs in our defined contribution plan

June 29, 2022 – Members and retirees often ask us questions through our social media channels that others could benefit from. Periodically we post these questions and answers in our PERSpective blog.

Q: I’ve noticed that OPERS recently increased the monthly administrative fee in the Member-Directed Plan from $5 to $6. What are these costs, and why did OPERS make this change?

A: For years, Member-Directed and Combined plan participants have paid a flat, monthly fee of $5 to administer the defined contribution portion of their plans.

OPERS’ administrative costs include the time it takes to process applications and help members with their plans, and run the plans. For example, we process refund and retirement applications for members in these plans, and we incur legal and actuarial expenses related to the plans. Recordkeeping duties performed by our third‐party administrator include issuing quarterly statements and taking phone calls from members.

Charging a flat fee to both active and inactive members, regardless of account balance, ensures that all members are contributing toward these expenses. Effective July 1, this monthly fee is changing to $6, which is representative of similar fees in the financial services industry.

That means participants will see an additional dollar each month deducted from their defined contribution account balances.

Meanwhile, earlier this year the OPERS Board of Trustees approved keeping the mitigating rate at its current level of 3.5 percent for Member-Directed and Combined plan members.

A: WEP and a similar provision, the Government Pension Offset, are part of the Social Security Act, and as such are federal laws. Neither OPERS nor other Ohio public pensions nor the Ohio legislature can control whether and when they are repealed or changed.

WEP and GPO were originally adopted to address legitimate concerns regarding the way Social Security benefits are calculated. But we understand that there are significant issues with the approach that was taken, issues that erode the dignity of our members’ public service, as well as their retirement security.

These bills would replace the WEP with a new benefit formula that would take non-covered service into account when calculating Social Security benefits instead of applying an inflexible and overly broad offset. Moreover, both bills would provide a small amount of relief for individuals who already have been impacted by the WEP. At present, we believe these bills offer the most realistic path forward, but we continue to monitor all possible solutions and will support all efforts to improve our members’ retirement security.

You can read more about our efforts to support WEP reform legislation in our recent PERSpective blog post on the provision.

Q: I saw a recent news article that stated Ohio as a whole has one of the worst-funded sets of pensions in the country with more than $429 billion in unfunded pension liabilities. Is this true?

A: We’ve seen a report by the American Legislative Exchange Council that stated U.S. public pensions have more than $8 trillion in unfunded liabilities. The reason is that the exchange council would have public pensions discount their future liabilities using an extremely low and impractical interest rate of about 1 percent.

The truth is that OPERS had unfunded actuarial accrued liabilities of $18.8 billion at the end of 2021. Our defined benefit plan is 84 percent funded, and we’re able to pay off our unfunded liabilities in 16 years, far less than the 30 years required by state law. You can read more about our latest funding figures as well as much more in our latest annual report.

You also can read a response to the exchange council’s report by the National Association of State Retirement Administrators.

Q: How do I know what my cost-of-living adjustment might be for 2023?

A: According to state law, OPERS members with a retirement effective date prior to Jan. 7, 2013, automatically receive a 3 percent adjustment while others receive an amount based on inflation.

The COLA for retirees who receive an inflation-adjusted increase is based on the change in the CPI-W index from the end of June two years before the COLA to the end of June the year previous to the COLA, with a maximum adjustment of 3 percent.

Thus, the inflation-adjusted COLA that eligible retirees will receive in 2023 will be based on the change in the CPI-W from the end of June 2021 to the end of June 2022 — with a maximum increase of 3 percent. We will announce the exact amount later this summer.